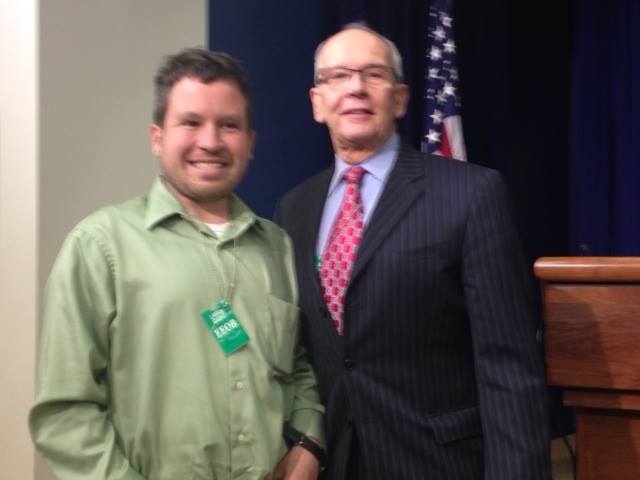 (Washington, DC)— President Obama appointed Micah Fialka-Feldman to the President’s Committee for People with Intellectual Disabilities in an announcement made on May 9, 2014. He will join ten other advocates as new appointees to the presidential committee.

President Obama said, “The extraordinary dedication these men and women bring to their new roles will greatly serve the American people.  I am grateful they have agreed to serve in this Administration and I look forward to working with them in the months and years to come.”

Mr. Fialka-Feldman served on the MPAS Board of Directors in 2011 and currently is a Teaching Assistant/Peer Trainer with Peer2Peer at Syracuse University, a position he has held since 2012.  He was an intern at the Administration on Intellectual and Developmental Disabilities, U.S. Department of Health and Human Services in 2013.  In addition to serving on the MPAS board, he has also served on the Governing Board for the National Youth Leadership Network, the National Project Advisory Committee for the Center for Postsecondary Education for Students with Intellectual Disabilities, and the Taishoff Center for Inclusive Higher Education. Additionally, he maintains a blog about challenges he faces as an adult with intellectual disabilities.  In 2009, he received the Lifetime Achievement Award from Family Voices.  Mr. Fialka-Feldman graduated from the Options Program at Oakland University.

“Micah is an outstanding advocate with an impeccable track record of representing the best interest of all people with intellectual and developmental disabilities,” said Elmer L. Cerano, Executive Director of MPAS.  “We congratulate him on this great honor and wish him nothing but continued success in his new role.”